By allowing us to research your pet’s requirements and prepare the documentation you can avoid unnecessary and costly quarantine of your beloved family member.

We are always accepting new clients at all of our locations. We are happy to assist you.

We are always accepting new clients and patients at Newport Animal Hospital! If you have questions, or would like to make an appointment, please contact our offices.

Newport Animal Hospital is pleased to provide you with a list of our offered services.

Newport Animal Hospital is pleased to provide you with a list of our offered services. Take a moment to find the right service for you and your pet.

Whether your pet is old or young, new to the family or heading into the golden years, our Pet Health Library can help you keep them healthy.
Click here to begin! Dr. Jack Civic has been working in the Veterinary field since 1983. A native of Rhode Island, Dr. Civic earned a B.S. in Animal Science at the University of Rhode Island in 1977. He then attended Oklahoma State University where he studied Veterinary Medicine. Upon graduation in 1983, Dr. Civic relocated to R.I. Dr. Civic served as the President of the Rhode Island Veterinary Medical Association for 2 years and was also a member of the Rhode Island State Board of Licensing and Examiners. He currently resides in Jamestown, with his wife Sarah and their two dogs: Anguillan adoptee “Kay Lee” and Colorado adoptee “Rio!” Dr.Wood attended The University of Rhode Island’s Wildlife Biology and Management program. He then moved to Montana and attended Montana State University, where he completed the Pre-Veterinary curriculum. He then attended Colorado State University, where he received his Doctorate of Veterinary Medicine in 2006. He spent the next year practicing general veterinary medicine in Connecticut, and then relocated to Montana, where he spent 5 years working, not only as a general practitioner, but as an emergency veterinarian as well. In 2010, Dr. Wood decided it was time to return to his native state, Rhode Island! He joined the Newport Animal Hospital Team in January of 2011, and we couldn’t be happier! Dr. Wood’s special interests include oncology and chemotherapy, general and soft tissue surgery, and pain management. Originally from Harvard, Massachusetts, Dr. Fain received her undergraduate degree from Tufts University. She received a Master’s degree in Wildlife Biology and Management from Colorado State University in 1995. From there, she entered Colorado State’s Veterinary program where she received her DVM in 1999. Dr.Fain has always considered it a privilege to be able to serve others through helping their pets. Her current veterinary interests include emergency medicine, reproduction, infectious disease and soft tissue surgery. She looks forward to building relationships with her clients and their pets each day. 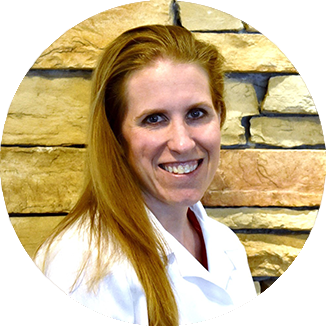 Originally from Maryland, Dr. Casandra Sheehan attended Sweet Briar College where she received her B.S. in Biology. She then completed her veterinary studies at the Virginia Maryland Regional College of Veterinary Medicine. She practiced for 12 years in Virginia before moving to Florida, and is now happy to call beautiful Rhode Island her home. Dr. Sheehan has special occupational interests in nutrition, surgery, and orthopedic medicine, as well as pain management and integrative medicine. Dr. Sheehan enjoys equestrian activities, loves the beach, and is always happy to spend time with her 3 wonderful cats.

Even though we did not have a happy ending I wanted to thank Dr. Wood whole heartily. I never met such a compassionate and sincere Dr. Going in we have had no prior relationship with Dr. Wood but he made us feel like we knew him from day one. Putting our 13year old friend down was the toughest thing we have had to do as a family and Dr. Wood was right there for us giving hugs and talking us through it step by step. So with our bitter sweet end we say Thank you! Dourado Family

Thanks for getting me all shaved and cleaned up after my long romp around Newport! It was a heck of a vacation! I am finally home, clean and comfortable in my own (very short) fur. Sorry I am such a grouch when I am there!

Liz Collins
Leave Us A Review

Newport Animal Hospital is committed to keeping our facilities OPEN, so we may continue to provide necessary medical care for your pets.

In order to do so, we must practice an abundance of caution, and take every step we can to keep our community, our doctors, and our staff healthy.

If you are here for an appointment, we are asking that only ONE person enter with the pet. When you enter our locations, please be sure that...

1)  You are wearing a cloth face covering, and it remains on for your entire visit.

2)  You keep a distance of six (6) feet from others, and remain seated in the designated areas in both our waiting area and exam rooms while we care for your pet.

3)  Please DO NOT enter the facility if you are showing signs or symptoms of COVID-19. This includes coughing, fever, shortness of breath and other flu/cold-like symptoms.

If you have questions or concerns with entering our facility, please call when you arrive. We are still able to provide curbside service in many situations.

If you are in need of medications or supplies for your pet, we will continue to bring everything out to you! We ask that you call in advance so we may prepare everything your pet needs.

We thank you for your understanding and cooperation in our joint efforts to keep our community healthy.